El Greco (1541 - April 7, 1614) was a painter, sculptor, and architect of the Spanish Renaissance. He usually signed his paintings in Greek letters with his full name, Domenicos Theotokopoulos, underscoring his Greek origin. Here is an original painting by El Greco:- 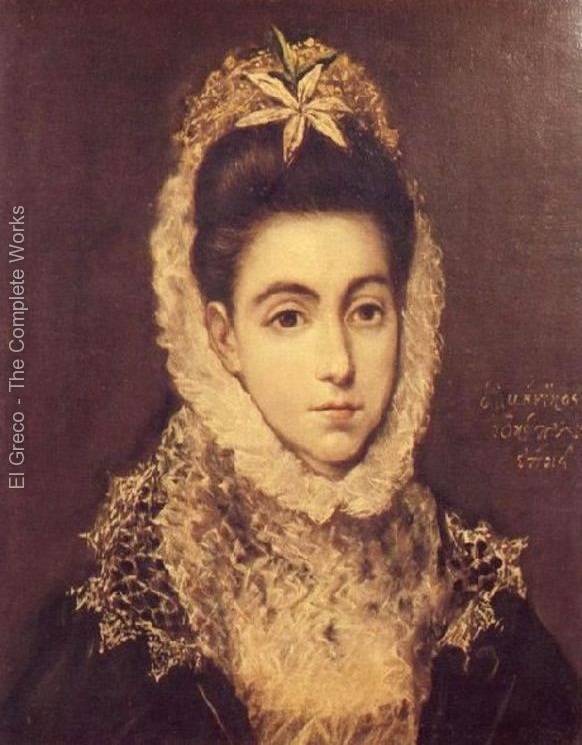 El Greco was born in Crete, which was at that time part of the Republic of Venice, and the centre of Post-Byzantine art. He trained and became a master within that tradition before travelling at age 26 to Venice, as other Greek artists had done. In 1570 he moved to Rome, where he opened a workshop and executed a series of works. During his stay in Italy, El Greco enriched his style with elements of Mannerism and of the Venetian Renaissance. In 1577 he moved to Toledo, Spain, where he lived and worked until his death. In Toledo, El Greco received several major commissions and produced his best known paintings.

These are my digital paintings of his originals, painted to 'oil on canvas' medium:-

They are color enhancements of the originals.
There is a subtle watermark on the side of every painting to give credit to the images of the El Greco originals & where it was taken from.
That is to say, credit is given to the website of the original images:
www.el-greco-foundation.org 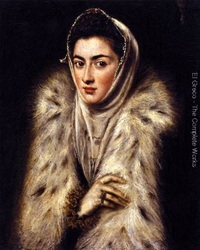 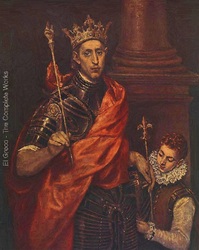 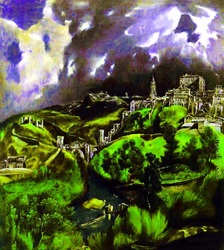 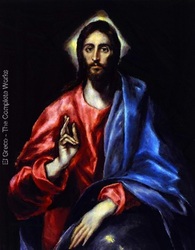 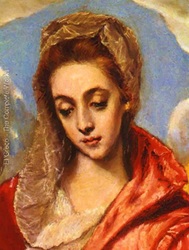 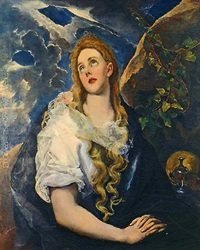 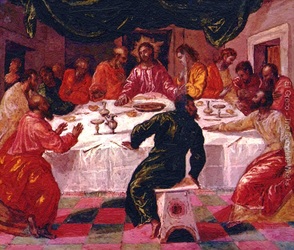 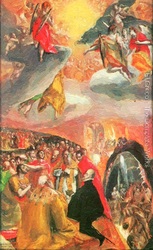 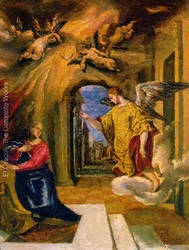